Can you tell when a slot machine is about to hit? 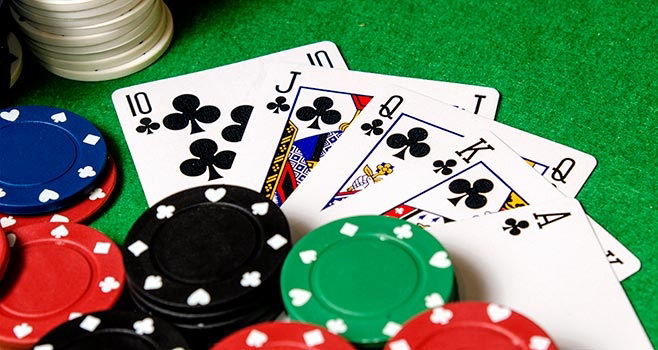 Slot machines have long been one of the most popular forms of entertainment in both land-based and online casinos. Part of the appeal is the potential for huge winnings, especially since the introduction of progressive jackpots which, with some online slots, can be up to a million dollars.

Another source of their appeal is their simplicity. Slots, so we’re told, are entirely a game of luck, with no specialized skill required. Every player has an equal chance of winning, whether they’re taking part for the first time or are an experienced veteran. Unlike say with poker or some other table games,there’s no advantage to be gained by having high intelligence, good memory, strong nerves, or an excellent grasp of mathematics.

Nevertheless, many people still believe that you can predict when a slot is about to ‘hit'(pay out). If it is true, this is the only way that you can increase your chances of winning on a particular game. There’s only one way to play the slots, so to push the odds in your favor,you’d need to be in the right place at the right time, just when the reels are about to align, and the jackpot is about to come up.

With some forms of online gambling, a bit of research ahead of time pays dividends. For instance, if you wanted to place a bet on the big game using the best NJ online sportsbook, it would make sense to look at the rankings and recent track record of the teams involved, player stats, news about injuries, and so on. With that information, you can place an informed bet and increase your chances of winning.

Research of this kind isn’t possible with slot machines. Modern slots are powered by a random number generator (RNG), so there is no way of predicting when a hit is going to come. There’s a popular misconception that if a particular slot hasn’t paid out in a while, then it must be ‘due.’ That is known as the gambler’s fallacy. Each decision made by the RNG is a unique event, utterly unrelated to any past events or any possible events in the future.

What this means in real terms is that just because a machine hasn’t paid out in months, it doesn’t make it any more likely that it’s going to pay out soon. Equally, a slot could pay out two or three times in a row, though, of course, this doesn’t give time for a progressive jackpot to accumulate. A random number generator is just that: random and completely unpredictable.

So is it ever possible to predict when a slot is about to hit? Some gamblers insist that they have a sixth sense that lets them know, maybe two hits before, when a particular machine is about to pay out. But this kind of mysticism aside, the only example of someone beating the system is the tale of a freelance programmer who, a few years ago, discovered that certain slot machines used a pseudo-random number generator with insecure coding that made them theoretically predictable. He developed a counter-algorithm that was capable of doing just that and turned it into an iPhone app, which was very successful until he and his accomplices were caught.

This system exploited a design weakness in older machines. Today’s slots use RNGs that can’t be hacked in such a way. Slots are entirely random and unpredictable, and that’s also what makes them so much fun. Play for the experience, and if you win, treat it as an unexpected bonus.